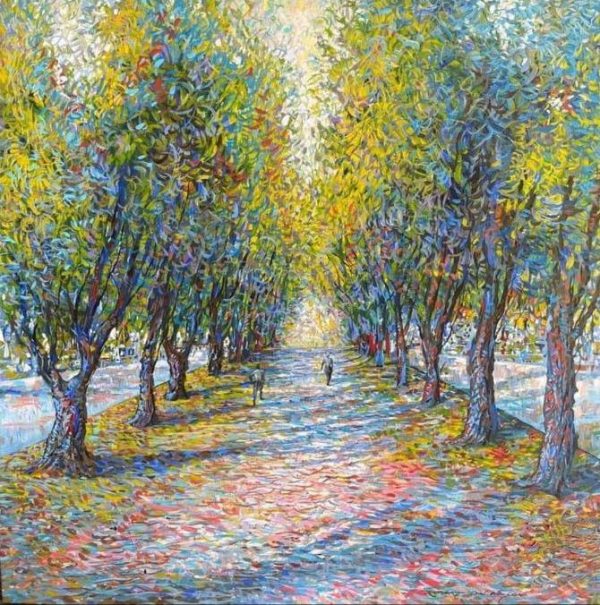 Famed American contemporary artist Robert Lyn Nelson returned to his hometown of Ontario in January 2022 for an exhibition of his paintings at the Chaffey Community Museum of Art. The exhibition opened January 13, 2022 and concluded March 19, 2022.

Robert Lyn Nelson gained early recognition and fame as a painter when he pioneered the Modern Marine Art Movement with his 1979 painting Two Worlds, depicting the marine world both above and below the sea. The painting was a reflection of his early and continuing exploration of the relationship of humans to the natural world and led to his decades-long involvement in marine conservation.

A versatile artist who paints in a variety of styles representing both contemporary and historical art movements, Robert Lyn Nelson will be exhibiting works of art from several different genres, including his newly-completed series of scenes in and around Ontario and selections from his Beatles Tribute surrealism series. Museum visitors can Meet the Artist on Saturday, January 15 from 2 pm to 4 pm.

Robert was three years old when he began drawing every day with charcoal and pencil. At the age of seven, while a student at Edison Elementary School, he won an Art for Conservation Award – the first of many recognitions for his interest in the natural world. After his family moved to Caroline Court, he transferred to Hawthorne Elementary School. There he began to study artists – masters of the Renaissance, famous Impressionists, Cubists, Surrealists and modern artists.

During his freshman year at Chaffey High School, Robert’s history teacher gave him a permanent library pass to allow Robert to do independent study: to focus on the art of the period of history the class was studying and to make sketches to share with his classmates. During his high school years, Robert also studied art at Chaffey College and Mt. SAC. When he was 15, he had his first public art exhibit (group) and at 17, his first one-man exhibition.

After graduating from Chaffey in 1973, Robert decided to forego the offer of a full scholarship to study at the San Francisco Academy of Arts and instead moved to Hawaii. He attended the University of Hawaii campus in Honolulu where he studied philosophy and fine art. Diving and surfing around the Hawaiian Islands became the inspiration for Robert’s new school of fine art – the now-famous Two Worlds concept of images simultaneously below and above the ocean, released for the first time in December 1979. Dubbed the Modern Marine Movement, the style has attracted many imitators and has played a role in inspiring marine conservation efforts worldwide.

A dedicated conservationist, Robert co-founded the National Marine Sanctuary Foundation with Jean-Michel Cousteau. His painting From Sea to Shining Sea was shown at the US Pavilion at the 1998 World Expo in Lisbon, Portugal and at his solo exhibition at the Smithsonian Institution’s National Museum of Natural History. He has produced and donated paintings to the National Oceanic and Atmospheric Administration and received the NOAA Environmental Hero Award, presented by Vice-President Al Gore. Robert’s painting Rainforests of the Sea became the image for the International Year of the Reef in 1997.

Robert’s body of work contains more than 10,000 paintings, drawings and sculpture – not all of them in the Modern Marine style. He has painted non-representational works in the tradition of Cubism, Surrealism, Impressionism and abstract art; still life, landscapes, pop art, and a Beatles Tribute series. He continues to live and create art on the island of Maui. To see examples of his art, visit https://robertlynnelson.com/.

The Chaffey Community Museum of Art (CCMA) is Ontario’s small private fine arts museum. Housed in the historic 1919 Ontario Power Company building, it is located in the Arts District at 217 S. Lemon Ave., directly across the street from the Ontario Museum of History & Art. Founded in 1941 by Ontario residents Francis and Helen Line, CCMA celebrated its 80th anniversary in 2021 by publishing a book on its collection titled Portrait of a Community: the Chaffey Community Museum of Art Collection.

The museum has four galleries. Two will be devoted to the Robert Lyn Nelson exhibit. Museum hours are Thursday – Sunday from noon to 4 pm. Admission and parking are free.

What It Is, Such As It Is 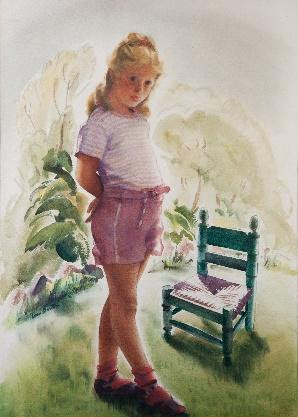 Portraits of the Community 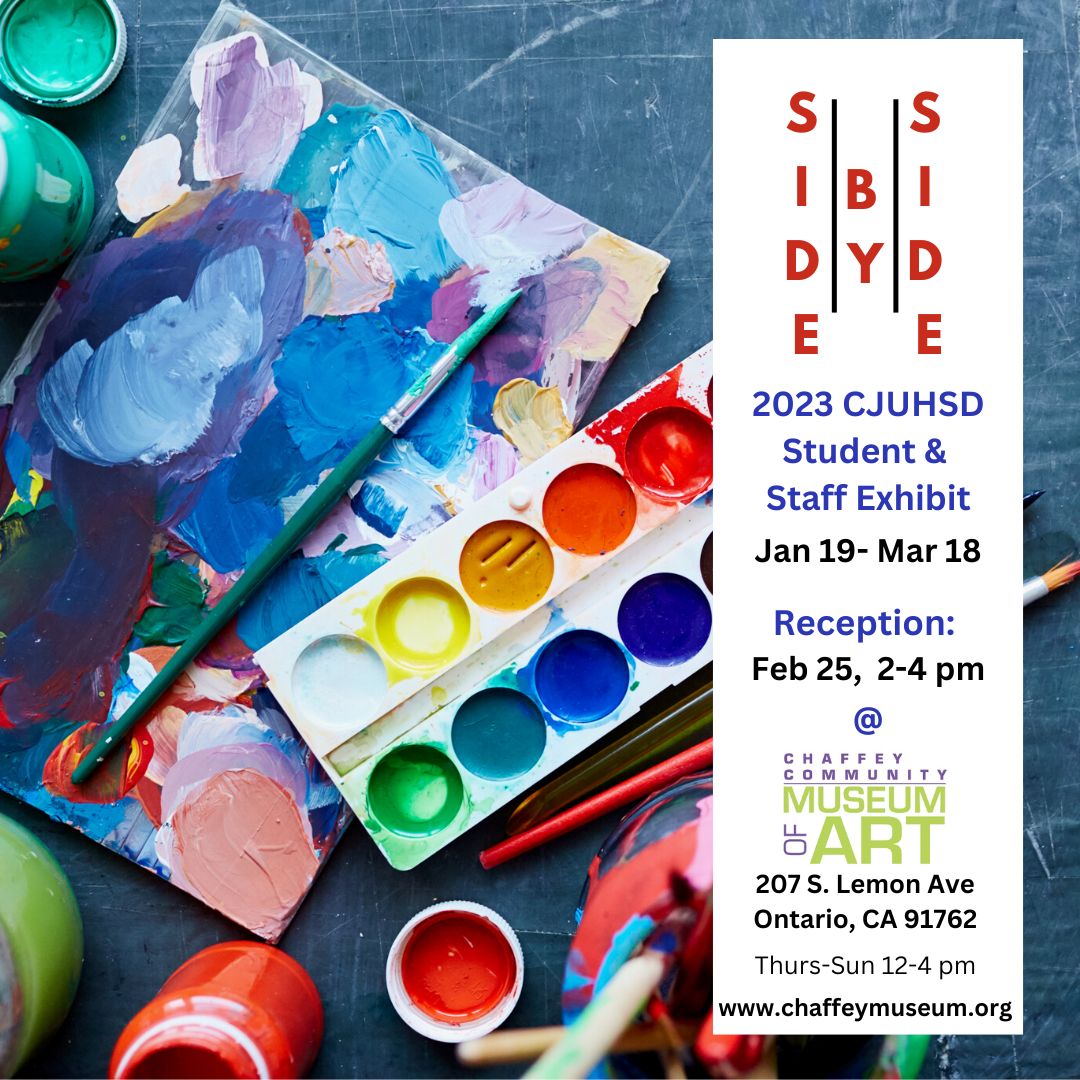