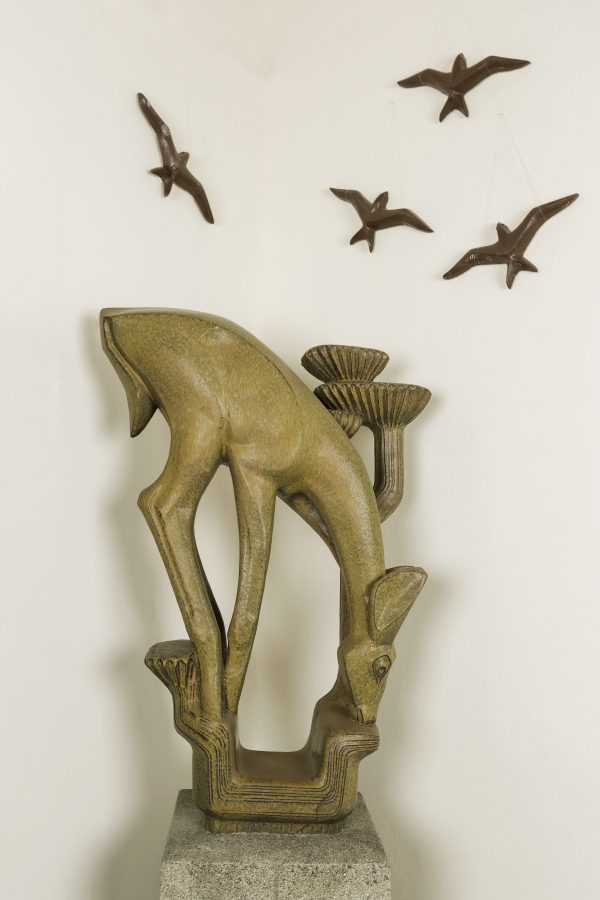 Like so many other Pomona Valley artists, Ford benefited from mentorship by Millard Sheets. In 1954 he organized an exhibition at the LA County Fair, The Arts of Daily Living, which featured her work. This recognition helped launch her career.
Facebook
Twitter
Pinterest

Born in Upland in 1924, Betty Davenport showed precocious artistic talent, which her parents encouraged. While still attending Chaffey High School she took art classes at Scripps and Pomona Colleges. She studied ceramics with Susi Singer (1891–1955), learning hollow building and glaze techniques. She enrolled at Scripps, attracted by its active fine arts and ceramics program, and earned a BA in ceramic sculpture in 1946. She studied sculpture with Albert Stewart (1900–1965), painting with Henry Lee McFee, and ceramics with William Manker (1902–1997). Millard Sheets was so impressed with her that he recommended her to the Dalzell Hatfield Gallery at the Ambassador Hotel in Los Angeles in 1946—the youngest artist to be so honored.

In 1947 she married Harold Ford, an engineer and industrial designer hired by General Motors, and the couple moved to Detroit. There, she pursued graduate studies at the Cranbrook Academy of Art and was awarded her MFA in 1950. When the couple returned to the Pomona Valley, they built a home and studio near Sheets’ in the Padua Hills. It included a workshop, studio, and kiln room where Ford could continue to produce her unique ceramic sculptures. The couple raised two children and Betty pursued her successful career.

Like so many other Pomona Valley artists, Ford benefited from mentorship by Millard Sheets. In 1954 he organized an exhibition at the LA County Fair, The Arts of Daily Living, which featured her work. This recognition helped launch her career.1 Ford was included in the sculpture commissions for the Pomona Mall along with Albert Stewart, her teacher at Scripps, and her colleague John Svenson. Ford created the bronze Dove Fountain in 1964 for the Pomona Mall. (Jean Ames designed the Goddess of Pomona for this project.)

Ford was a prolific sculptor whose works have been exhibited in many local and national shows. She was given a one-person exhibition at the Chaffey Community Art Association (CCAA) in  1989, organized by Robert George. In addition to freestanding works, Ford excelled in pool and fountain sculpture. Her first fountain was Bear with Salmon (1952), executed for the LA County Fair. Ford is most frequently associated with ceramic animals, but her oeuvre is much wider, including ecclesiastical sculpture. In 1978 she created a series of reliefs of the Stations of the Cross for St. Anthony’s Catholic Church in Upland. In 2001 she executed an eight-foot Madonna and Child in bronze for the same church. A show that spanned three venues, Betty Davenport Ford: Capturing the Animal Spirit, was mounted in 2014. It was cosponsored by the Rancho Santa Ana Botanic Gardens, the Claremont Museum of Art, and the Sam and Alfreda Maloof Foundation for the Arts and Crafts.

This work first appeared as an invited entry at the 1958 International Ceramics Exhibition at Syracuse Museum. Two years later, the life-size gazelle, then titled The Deer, won first prize at the All-California International Exhibition at the Laguna Beach Festival of the Arts. In 1966 Ford donated it to the local YMCA in memory of her parents, as indicated by a plaque that is still on the front of the sculpture. Now titled Grazing Gazelle, it was moved from the Ontario-Montclair YMCA to the CCMA on May 29, 2013.

In preparation for a sculpture, Betty Davenport would first “go to the subject . . . to determine its essence, its soul, its mystique.“2 This work is an excellent example of her search for the essence, soul, or mystique of an animal. With the naturalistic details kept to a minimum, the sleek, streamlined beauty of the creature emerges.

Grazing Gazelle is intended to be viewed from a frontal viewpoint although it is fully three dimensional. While retaining some naturalistic details, it has a strong abstract design. The gazelle’s legs, united on the left, are counterbalanced by the uninterrupted sweeping curve of the animal’s back and neck. The head forms the base on the right. Highly stylized plant forms counterbalance the downward sweep of the gazelle’s back. On the upper right, three plants emerge, their striations also appearing in the base and on the single plant at lower left. The four birds, highly stylized, simplified, and elegant forms, are mounted on the two intersecting walls, creating an “environment,” a reference to an outdoor setting. 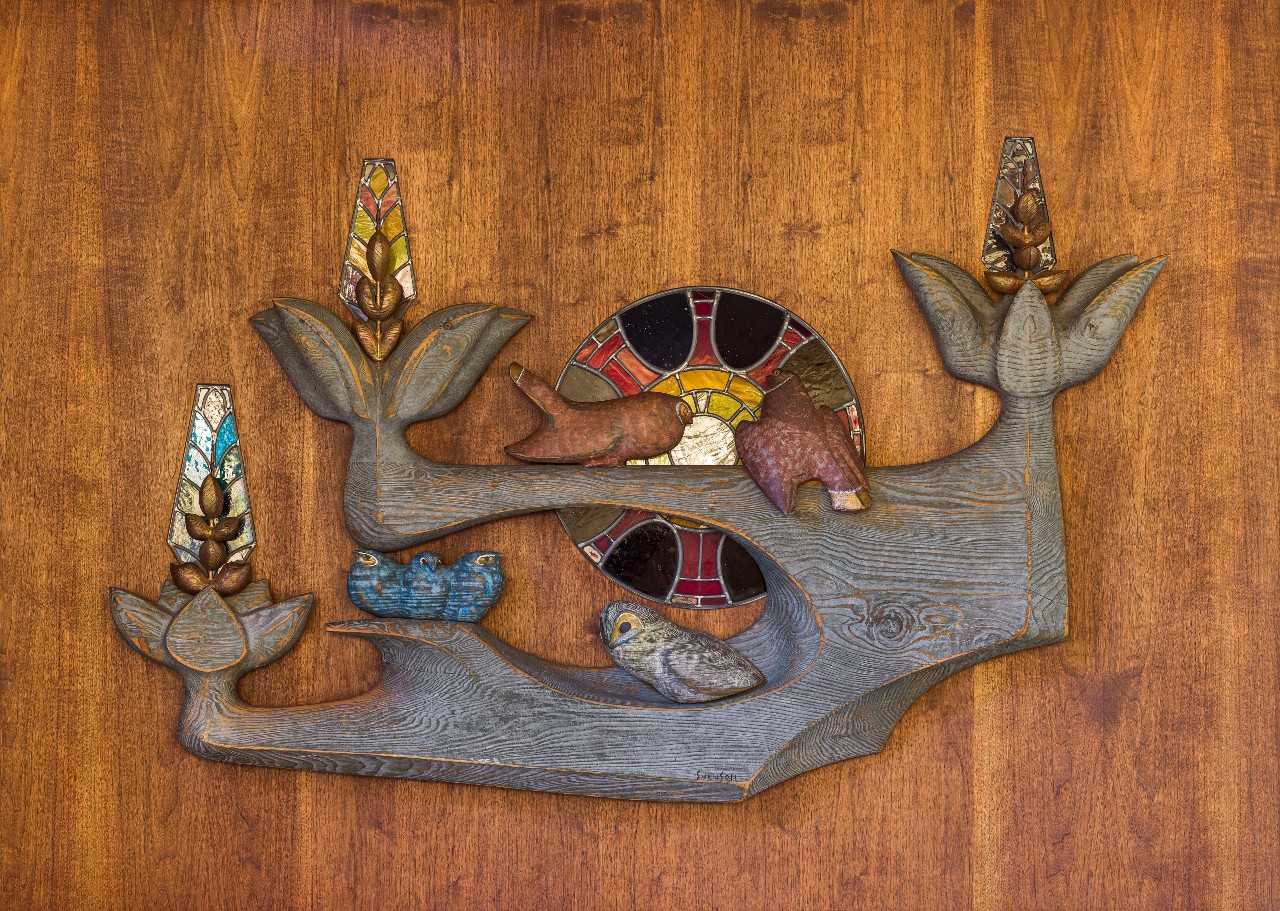 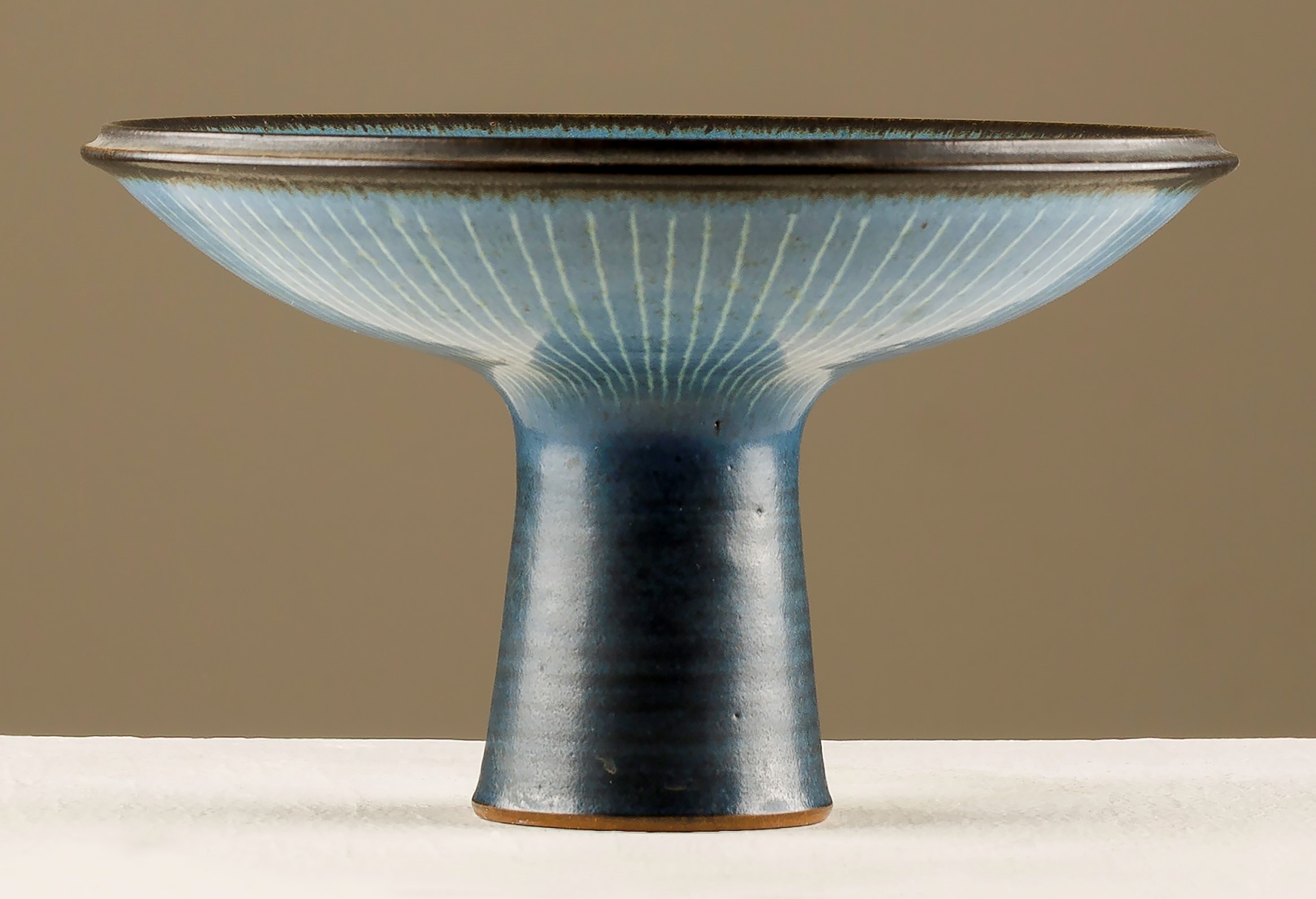 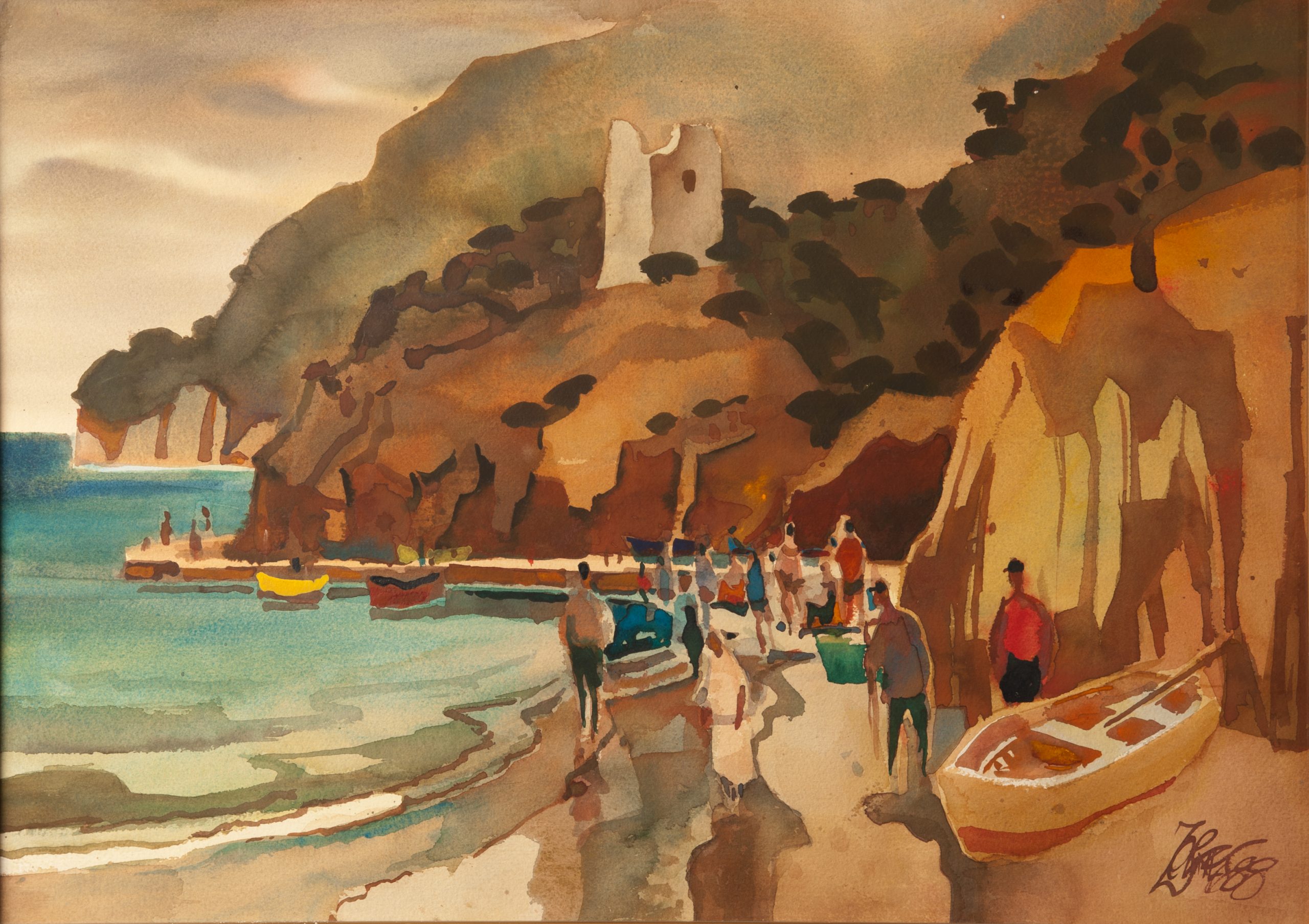