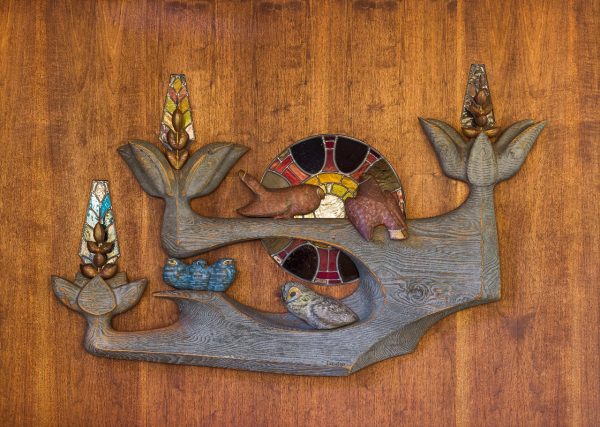 Born in Los Angeles, John Svenson was adopted when he was three years old by a loving family who lived in Montclair. He exhibited precocious artistic talent and as early as first grade was recognized by his teachers as innately gifted.
Facebook
Twitter
Pinterest

Born in Los Angeles, John Svenson was adopted when he was three years old by a loving family who lived in Montclair. He exhibited precocious artistic talent and as early as first grade was recognized by his teachers as innately gifted.

Svenson enlisted in the US Army Air Corps in 1942. Never far from enemy lines, he served in North Africa as a skilled aircraft mechanic. After almost three years in the service he returned to Southern California, where he met Louise Ann [Lou Ann] Chetney. They were married in 1948 and had two sons. Svenson built an adobe house in an orange grove in Upland that was owned by his parents. His enrolled in the Claremont Colleges on the G.I. Bill, followed by studies at the Claremont Graduate School with the support of sculptor Albert Stewart (1900–1965).

The Svensons became an integral part of the circle of artists of the Pomona Valley. Hired as Millard Sheets’ secretary in 1961, Lou Ann carefully organized the studio’s records. Years later Svenson recalled, “Sheets would call from Europe to ask the balance in the bank account; once he knew it was enough to cover payroll, he would hang up and [Lou Ann] would get to work on the checks.” She also served as president of the CCAA in about 2000, when the organization was exhibiting in the Filippi Winery. John designed the logo the CCAA used when the organization was located at the Filippi Winery.

In 1952 Svenson worked with Albert Stewart on the Bull Wall mural on the patio of the Fine Arts building at the LA County Fairgrounds. Over the next two years, he carved Ranchero from a massive, twenty-four-foot redwood tree as part of the fair’s demonstrations; in the “Court of the Redwood,” scaffolding was set up to enable safe access to the huge log. Svenson’s association with the fair continued until his retirement in 1987. Through his work with the Sheets Studio from the 1950s through the 1970s, Svenson created more than twenty sculptures for the Home Savings of America banks and the Ahmanson Corporation.

Svenson also made sculptures for churches, schools, and hospitals. His works are in St. Mark’s Episcopal Church in Upland, and in the Trinity Methodist Church in Pomona. Locally, people are most familiar with his eight-foot bronze statue of George Chaffey, positioned on Euclid Avenue in front of the Upland Civic Center. Although known mainly for his creations in wood, Svenson worked in virtually every medium. He used bronze extensively for public sculpture and made works in pressed molded ceramics, in fiberglass, and even in the unusual medium of hammered sheet brass. Svenson worked in relief and also made fully three-dimensional pieces.

Svenson’s works are in the Ahmanson Collection, the Alaska State Museum, in both Anchorage and Juneau, and the San Bernardino County Museum in Redlands. He created a relief a hundred feet long illustrating the history of Alaska for the Alaska Mutual Savings Bank in Anchorage.

This impressive relief sculpture, donated to the CCAA when the Ontario Branch of the bank closed, uses wood, ceramic, and stained glass to create a scene populated by a charming cast of birds. The composition is divided into thirds. There are three lotus plants from which flowers emerge, and on the left are three small blue birds grouped together. In the central portion are three larger birds, a pair in a reddish-brown hue and an owl underneath them. The birds appear to “sit” on a stylized wooden branch with a large negative space in the center. Svenson has used the grain of the gray-toned wood to wonderful effect.

While the work protrudes from the wall only a few inches, it creates the effect of much deeper relief. A built-in light fixture is meant to illuminate the stained glass from behind which creates an effect of glowing natural sunlight. 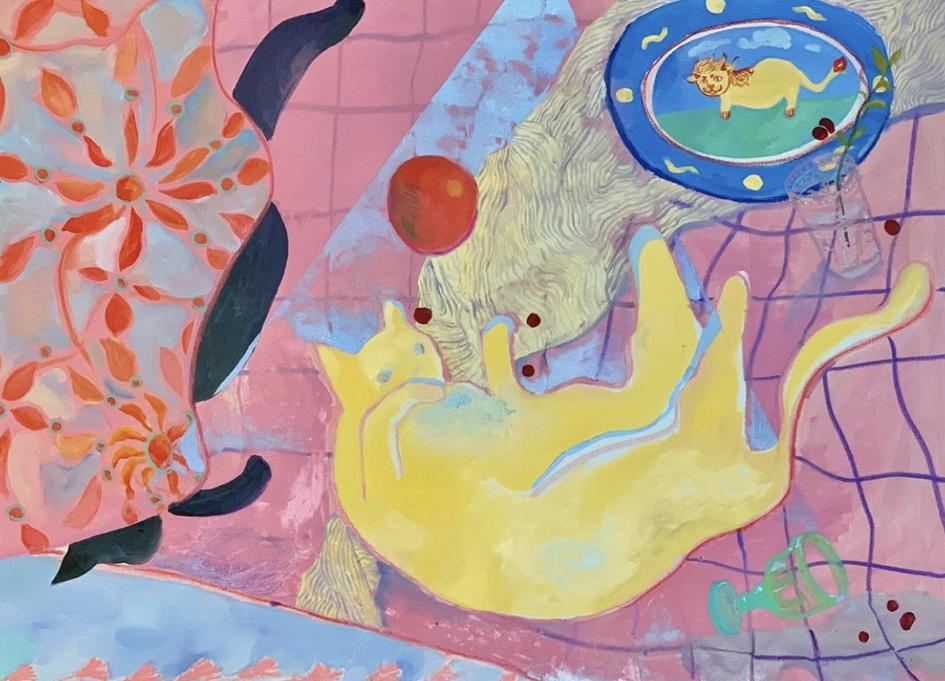 Cat and Other Mysteries 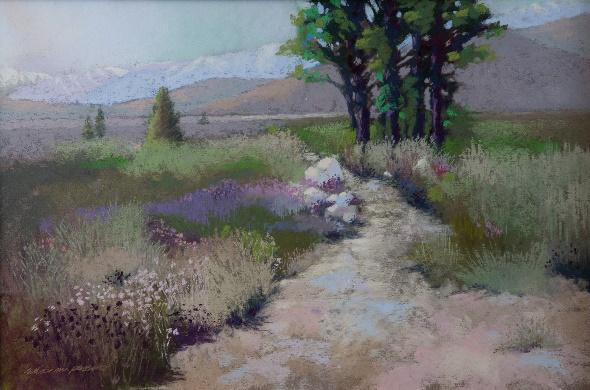 What It Is, Such As It Is